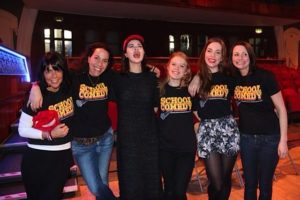 School of Comedy teaches children the art of improvisation, sketch & stand up comedy.

Set up by Laura Lawson and Tara Carr in 2005, SOC encourages children to explore their own unique brand of improv, sketch and character comedy. Laura took the original troupe to the Edinburgh Festival in 2007 where they were given a Channel 4 pilot, followed by two hit E4 series.

School of Comedy was never really about the television. It was about the children loving the club and encouraging them to raise the bar through an anarchic, liberating workshops. not to mention being able to perform on stage making people laugh, creating exciting new ideas, and most importantly, watching their confidence grow week by week. 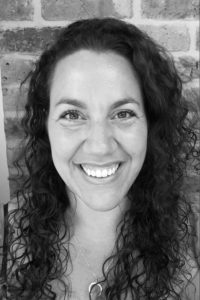 TARA CARR trained at Redroofs Theatre School in Musical Theatre. During her training she did voice-over work for Oxford University Press. After graduating, she moved to Theatre in Education, where she toured schools with a number of educational pieces for Venture Productions.

She also toured with ‘The Adventures of Rupert The Bear’, was Lady Macbeth in ‘Macbeth’ at the Edinburgh Festival and also had roles in ‘The Bill’ and ‘Playing the Field’.

Tara then went to do a psychology degree and after graduating began teaching at the Harrodian School with Laura Lawson. They ended up job sharing and shared exactly the same mind-set on how to get the best out of their children and so together began School of Comedy –The Club! 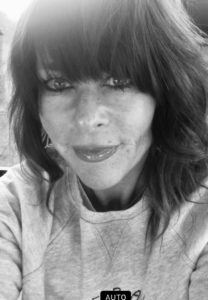 LAURA LAWSON trained at The Arts Educational School and Central, after which she began to establish herself as a character comedian on the comedy circuit, forming a double act, McCloud and Black. They went on to perform at three Edinburgh festivals receiving huge audience and critical acclaim.

Laura juggled her comedy career whilst teaching Drama at the Harrodian School. She created an after-school comedy club called School of Comedy, which became the only ever adult sketch show with a cast of 13-year-olds to Perform at the Edinburgh fringe. 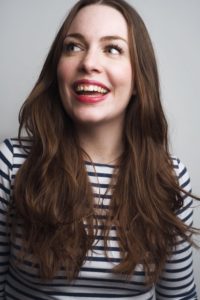 BETH RYLANCE started her career with School of Comedy at a very young age, as one of Laura’s students at The Harrodian School, and then as one of the original cast of the E4/C4 Series. She has been helping out with the club on and off since the age of 15!

Now acting full time, with credits including Plebs (ITV2) Ministry of Curious Stuff (CBBC) and Turn Up Charlie (Netflix) she teaches the weekly workshops at Chiswick Playhouse with Laura and Tara, as well as In-School Workshops and Holiday Courses.

After learning the ropes at School of Comedy Ella went on to study Drama at Exeter University where she was a member of a sketch group, The Jest, appearing on radio 4 and winning The Leicester Square Theatre, Sketch Off, comedy competition.

As well as teaching at School of Comedy, Ella also works as an actor in theatre and TV as well as occasionally turning her hand to writing. She also techs the bossy bum bonkers shows where she loves being in charge of the lighting desk.